Board of Commissioners Policies

Board of Commissioners Policies

Protocols for Visiting a County Office 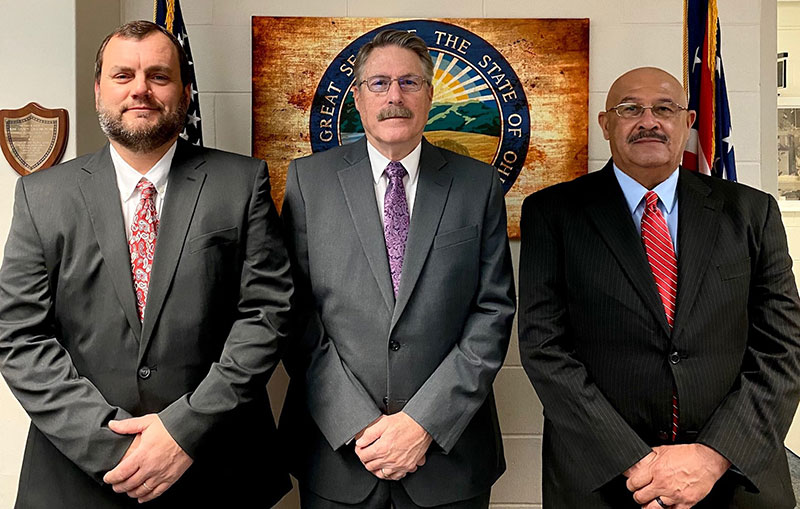 The Board of County Commissioners has a very diverse and complex mission as it relates to the daily operation of county government. The Board is responsible for ensuring that the county, as a whole, operates within a balanced budget and it also acts as the appropriating authority for all county departments. It is the Board that is the sole taxing authority for the county and holds title to all county property. All county purchasing is overseen by the Board as well. State law dictates other duties such as ruling on annexation requests and providing water and sewer services where needed. The Board of County Commissioners also provides a conduit for information sharing among many agencies that allows for problem solving and service coordination that benefits the citizens of the county. 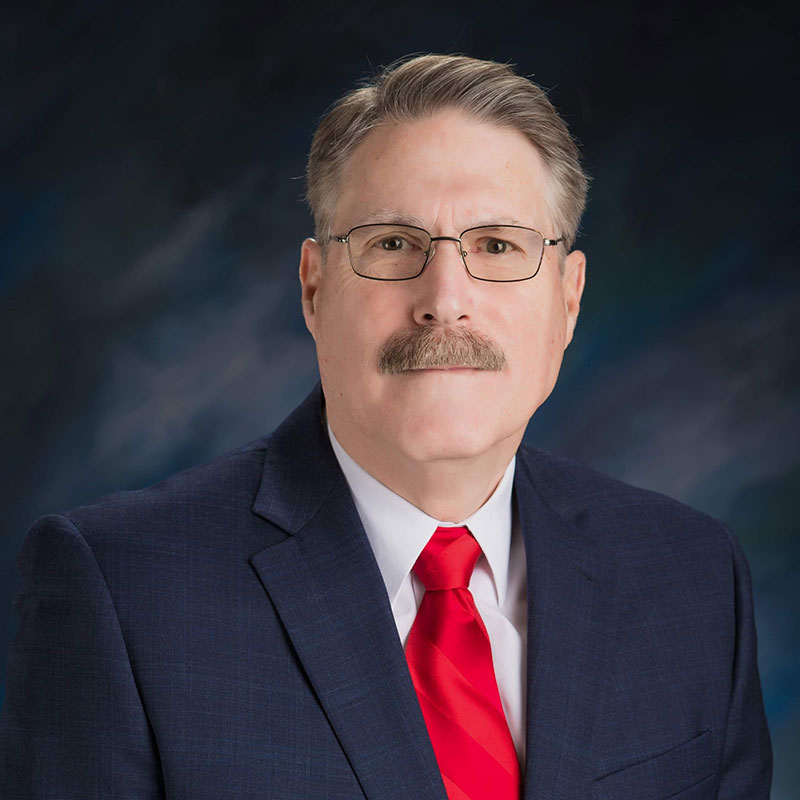 Ross County Commissioner Dwight Garrett started his second term as commissioner January 2, 2021. He previously served as an educator for 36 years, 20 of which was in administration. Garrett has also worked as an Area Coordinator for the Ohio Department of Education in the Office of School Finance.

Garrett serves on multiple Boards. A life-long resident of Ross County, Dwight Garrett and his wife, Carla, have been married for 26 years and live in Chillicothe. They have 4 adult children, Erin, Jacob (wife Amanda} Rachael (husband Eric Young), and Joshua. They are the proud grandparents of 6 grandchildren, Elijah, Judah, Kit, Canon, Cali and Remi. 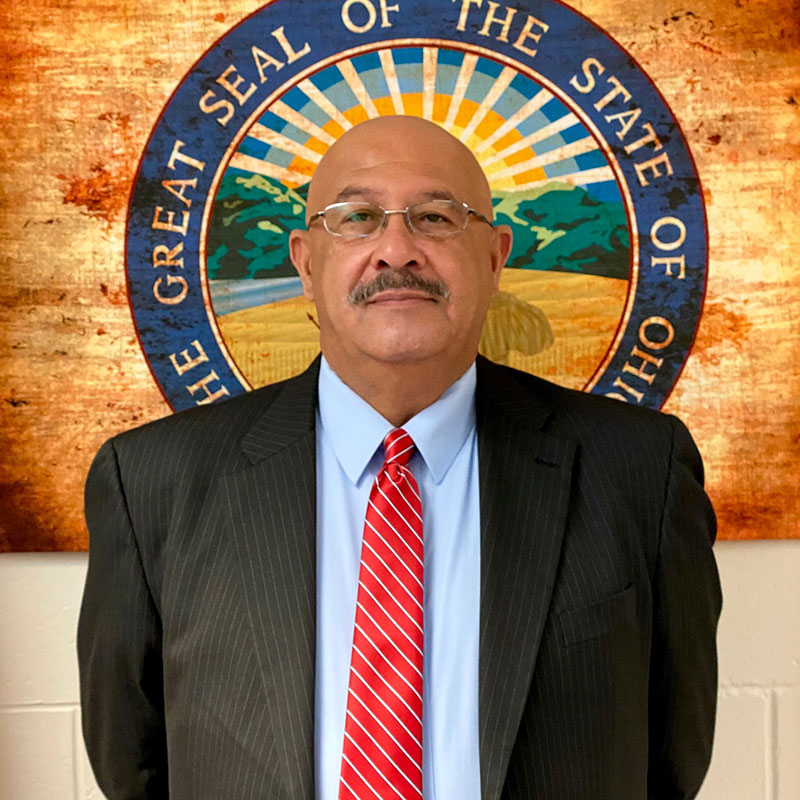 James “Oody” Lowe began his first term as County Commissioner in January 2021, serving as the first African American Ross County Commissioner.  James is a six year veteran of the US Army Military Police Corp, and served twenty eight years as a Chillicothe Police Officer before retiring.  He also served as a member of the Adena Local School Board of Education for eighteen years and spent seven years with the Ross County Sheriff’s Department as the part-time school safety officer.

James was born and raised in rural Ross County, one of three children of the late Edward and Anna Lowe.  He and his wife Brenda have six adult children and ten wonderful grandchildren. 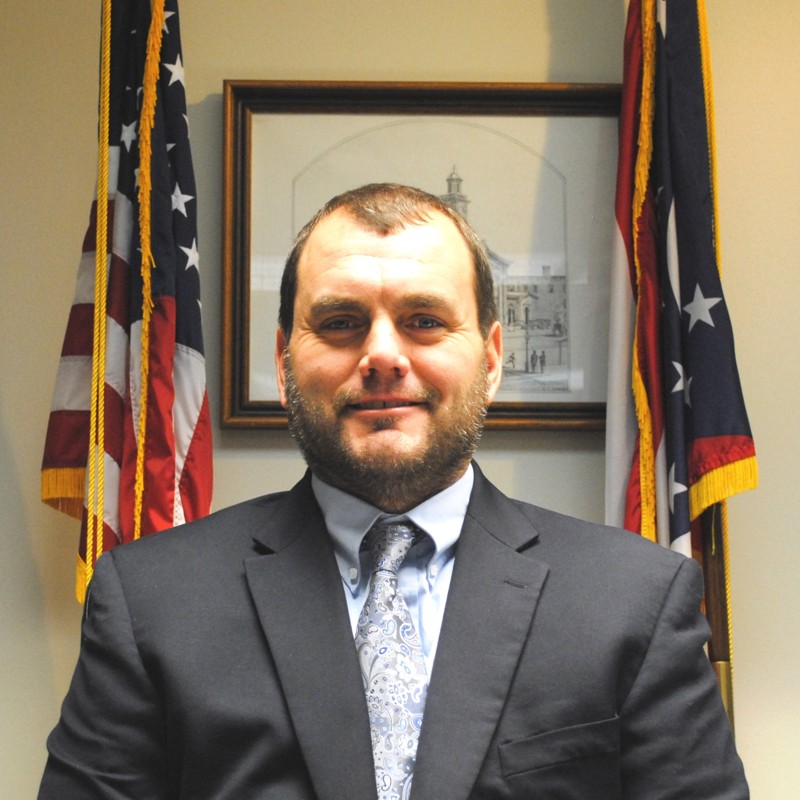 County Commissioner Doug Corcoran was born and raised in Ross County, Ohio. He is one of 16 children born to the late John and Doris Corcoran. Doug is a 1989 graduate of Southeastern High School. He went on to earn a Bachelor of Specialized Studies degree with a concentration in Business and Communications from Ohio University in 1995.

Doug was first appointed to his position as Commissioner in 2005 to fill the unexpired term of Theresa Knott. He has since been elected to three full terms on the Board. During his tenure he has served on several outside boards and commissions including: Ohio Valley Regional Development Commission, Ohio Valley Resource, Conservation and Development Council, Family and Children First Council, Southern Ohio Diversification Initiative, and the County Commissioners Association of Ohio, where he served as President during 2016.

Doug and his wife Teresa were married in 1998 and are the proud parents of two wonderful children, Kyelle and Gabe.

Get in Touch with Us